A policeman sees a drunk man searching for something under a streetlight and asks what the drunk has lost. He says he lost his keys and they both look under the streetlight together. After a few minutes the policeman asks:

“Are you sure you lost the keys here?”

the drunk replies, “No, I lost them in the park.”

“So, why are you searching here?”

the drunk replies, “this is where the light is.”(1)

Funny thing about this story is that most of us can relate to it. Either because we have seen the drunk, or we have been the drunk.

Now, I don’t mean “drunk” in the literal sense. What I mean is we’ve all been trapped in a situation, say, a committee, team, or a meeting, where a lot of time and effort is going toward discussing or “fixing” the wrong thing. Fixing the symptom, not the disease. Adding new tools, without having a defined workflow or system in place. Adding systems without looking at the issues of implementation. Making choices based on misinformation. Quitting on good initiatives because of misunderstandings. Throwing the proverbial baby with the bathwater.

Well, I’m one of those persons quick to identify these kinds of challenges and point them out.

The truth is, I can’t help myself. It’s an innate ability honed under the tutelage of my father. An engineer by trade and a pessimist of the highest order, he was an expert in the art and science of anticipating problems and building redundancies in systems, in order to prevent the potential damage from all plausible worst-case scenarios.

I’m not kidding. If there was a problem, yo’, he’d anticipate it.

Unfortunately for people like us, not everyone welcomes observations that point out the flaws in someone else’s concepts, business, processes, designs, ideas, etc.

“Who do you think you are to know better?”, the say.

And then, the label:

I wonder what makes people so hyper-sensitive to criticism, even if it’s constructive. Could it be people react like this because we live in way that is so safe, where are so protected by the safeguards around us, that we are losing our sense of self-preservation. If that is the case, maybe it’s because we do not, in fact, need our survival instinct as much anymore?

Maybe alertness and situational awareness has completely given into the social media stream. Maybe the focus on testing in education is corroding problem solving skills.

Maybe there is a disproportionate focus on “positivity” that borders on denial. Too many participation awards? Are our perseverance and coping skills weakening out of existence?

Maybe it’s a little bit of all of the above?

I once had a consulting prospect who could afford the luxury of doing and leading yoga hikes. I write “could afford” because this was not a profitable enterprise. It was also a time-consuming one. The time and effort that went into it was an expense, however rewarding. In business, we call that a hobby.

He badly needed help turning this into a business, and called me for help with his “website”.

Sidenote: It is very common for small business owners and solopreneurs to think their website is somehow solely responsible for their business’ success. A business website is definitely a very important part of your business, but what I’ve found out over time is that usually, what solopreneurs really need is business plans, systems, and marketing strategy. The website is but the last piece in this puzzle. It is tempting to think this digital “thing” will be the gateway to riches, satisfaction, fulfillment. It isn’t. Not on its own. This digital tool is just that: a tool.

When we met, his explanation of what he needed was not clear. And I mean, he wasn’t clear about what he needed, where he wanted to take the “business”, much less able to articulate it. I helped him define the business model, so that we could understand the business needs. As we did that, it became clear his current setup would not be able to handle the business demands.

Originally, he thought he needed “an eCommerce solution” (which I provide). In fact, what he needed was a more sophisticated solution. One that would manage events scheduling, payments, keep track of attendees, send reminders, and allow them to create a user profile, among other needs. In short, he needed a membership and event management system like they use in spas and gyms.

As I started pointing out all these needs and what could be done, he got visibly frustrated and overwhelmed. I was surprised, as I was pointing out the exciting promise of a profitable business that would be easier to manage. But he had no patience for this. I suspect this was in part because he also had no budget set up for this, nor time, as he had created an imaginary deadline for himself. He just wanted it done, wanted to pay as little as possible, and I guess I got him out of his Zen place with my talk of systems, processes, and functionalities.

Needless to say we did not work together. I expected that.

What struck me as surprising was that, later on, I learned he said about me:

As in “someone who only sees problems”, and to suggest that’s why we didn’t work together.

Never mind the fact that he did go and use –although poorly implemented– my recommendation. The one I researched complimentary for him, yes.

Never mind he in fact proved my solution was instrumental to his success.

No. As far as Mr. Positivity is concerned, I was too focused on the problem, and that’s why we couldn’t work together.

People like this, I need them out of I’m removing from my life for good. No one needs these faux-positive people. Positivity is good, but positivity alone only gets you likes in Facebook and hearts in Instagram.

Let Me Tell You Something About Positivity

Let me tell you something about positivity. Yes, one needs to be optimistic about the possibility of solving a problem. That helps.

Knowing the odds, all entrepreneurs have to be optimistic to even attempt entrepreneurship. But if you’re standing in front of a speeding train, simply having a good attitude about it is not enough. I you don’t recognize the problem and move out of the way, it will get you killed.

If you lost your keys, look for them where you think you lost them, not under the light, just because it’s there and you are optimistic you’ll find them there.

One needs to take action to solve problems, too. Action is the ultimate power we all have. But if you get in the car and start driving before you figure out where you’re going it’s really unlikely you’ll get anywhere useful. Simply taking action and believing “the universe” will guide you won’t work.

Way too much action happens without preparation. Have you had the person who, in the middle of a meeting, with a partial understanding of the issue discussed, calls someone else on speakerphone to incorrectly inquire about it? That kind of action does not help. What this person did is waste everyone’s time and increase the confusion about the whole thing. An additional minute of attention would have been a lot more productive than an enthusiastic, yet misinformed call.

One also has to be competent in order to solve problems. Thinking you’ll survive a storm at sea (or life) based on positivity alone is likely going to end as a really sad headline. Competence, and the ability to recognize it –or recognize the lack thereof– is a huge part of problem solving.

And lastly, one has to deliver. Real, artists, ship. Nothing has ever been solved, no progress has been made, on the competence, action, and optimism of those who could have done something.

Nothing has ever been solved, no progress has been made, on the competence, action, and optimism of those who could have done something.

Progress is only brought about by the ones who deliver it.

But none of this is nearly as important as the first step to correctly solving a problem.

The First Step To Correctly Solving A Problem

There is a quote, incorrectly attributed to Einstein(2), that stresses the point I’m trying to make:

Some years ago the head of the Industrial Engineering Department of Yale University said, “If I had only one hour to solve a problem, I would spend up to two-thirds of that hour in attempting to define what the problem is.”

How exactly does one solve a problem? (Uh, oh, that sounds negative, I know, let’s call it a “challenge” for a positive twist). Here’s how real, positive problem solvers solve a challenge:

Entrepreneurs are problem solvers, not “seers”. Don’t let anyone tell you otherwise.

You can do this, 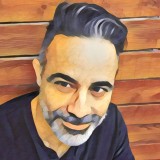